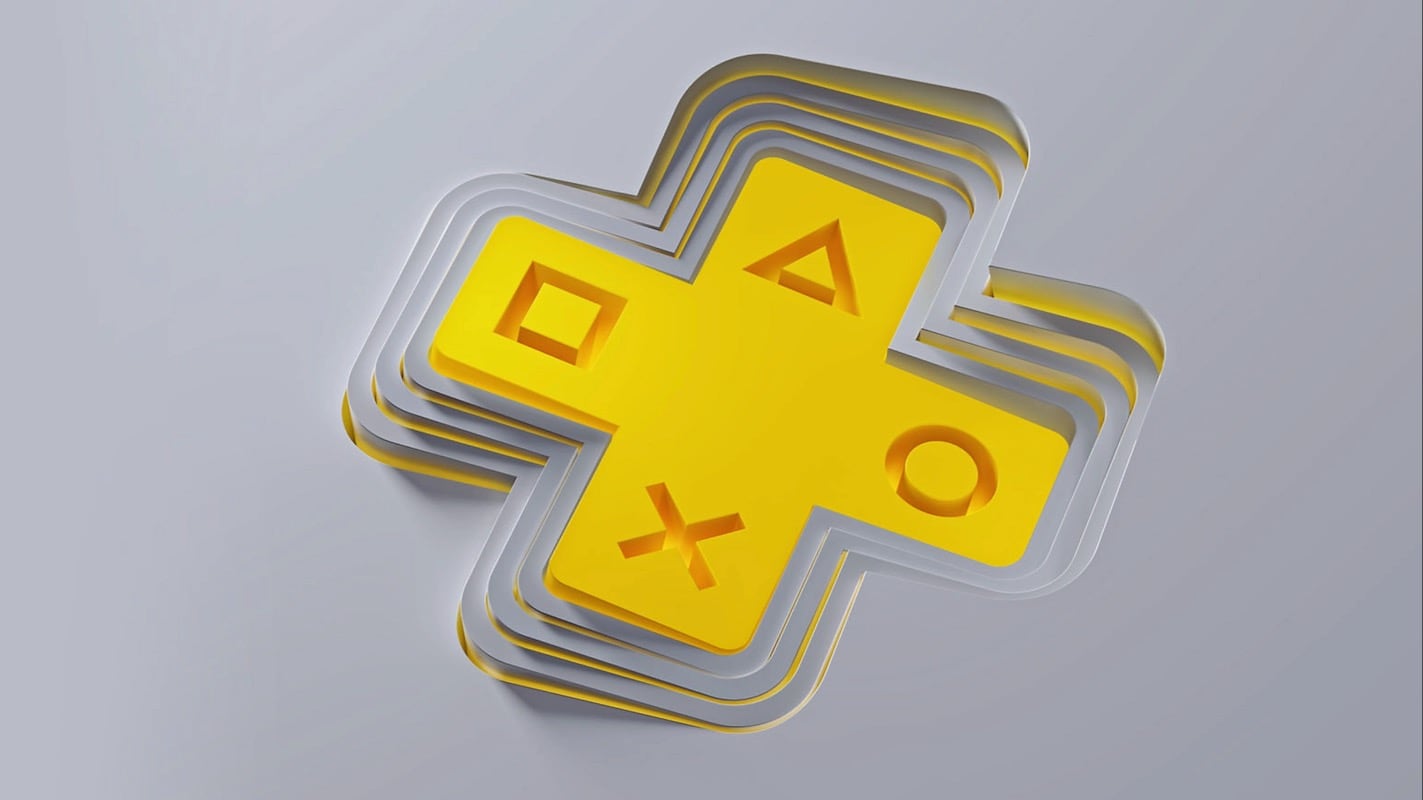 PlayStation Plus is changing — very soon. On Wednesday, Sony’s revamped three-tier take on its game subscription offering PS Plus arrives in India and Europe, completing a rollout that began a month ago in parts of Asia. (Due to market and operation reasons, Sony considers India as part of “Europe” rather than “Asia”. I know it’s confusing, but all we can do is accept it and move on.) From June 22, PlayStation Plus, like we’ve known it for over a decade, won’t cease to exist. Instead, it will end up as a much smaller part of the newer PS Plus — one that’s better designed to compete with its biggest rival, Microsoft’s Xbox Game Pass. One that’s now split into PlayStation Plus Essential, PlayStation Plus Extra, and PlayStation Plus Deluxe.

If you did a “Wait, hold on, what?” or “How do I pick?”, then you have come to the right place. While one of them is pretty straightforward to digest — I’m talking about PS Plus Essential — the other two have loads to offer. I don’t mean just features, but even in terms of choice paralysis, as you will discover for yourself later on. So how does one exactly pick between PS Plus Extra and PS Plus Deluxe? Which PS4 and PS5 games are available with the new PS Plus? Which one allows you to play classic PlayStation, PlayStation 2, or PlayStation Portable games? And is PS Plus now better than Xbox Game Pass? We will soon have dedicated articles for some answers, but we’re going to discuss the rest of it here.

With that, here’s everything you need to know about the revamped PlayStation Plus.

PlayStation Plus Essential: benefits and price in India

It’s the easiest one to explain, so let’s dive into it first. PS Plus Essential is essentially — sorry, I had to — what you know PS Plus to be, albeit under a new name. That includes online multiplayer access, 100GB cloud storage, extra discounts on games, exclusive game content, and two PS4 games and one PS5 game every month. Additionally, you get access to the PlayStation Plus Collection, a small library of PS4 hits that is only available on the PS5.

PlayStation Plus Extra: benefits and price in India

Welcome to the first new tier of the new PS Plus. And going forward, also known as the middle PS Plus tier. PS Plus Extra is also the first real competition to Xbox Game Pass, as it offers hundreds of PS4 and PS5 games — such as Spider-Man: Miles Morales, Demon’s Souls, God of War, Returnal, and Assassin’s Creed Valhalla — as part of a game catalogue that will be continually refreshed. Some games are courtesy of Ubisoft+ Classics, included with PS Plus.

Expect the first-party PlayStation titles to stick around forever, just as the likes of Halo and Gears have always been part of Xbox Game Pass. Sony says new titles will be added twice monthly, at the start of the month and then around the middle of the same month. In addition to the game catalogue, PS Plus Extra gives you access to all the benefits that are part of PS Plus Essential.

How much more do you have to pay for the privilege of that PS4 and PS5 game catalogue? PS Plus Extra costs Rs. 749 per month, Rs. 1,999 for three months, or Rs. 4,999 for one year. An annual subscription affords nearly 80 percent savings over the monthly variant, and 60 percent over the quarterly option.

PlayStation Plus Deluxe: benefits and price in India

And that leaves us with the third and top tier, which has a dual identity. First, let’s get into the benefits. Over and beyond everything we’ve already listed on Essential and Extra, PS Plus Deluxe gives you access to limited trials — varying from one to three hours — for some of the latest games, such as Horizon Forbidden West, Uncharted: Legacy of Thieves Collection, and Tiny Tina’s Wonderlands.

Additionally, PS Plus Deluxe gives you access to hundreds of classic games from the OG PlayStation, PS2, and PSP era. These include the likes of inFAMOUS 2, Tekken 2, BioShock: The Collection, and Borderlands: The Handsome Collection. As you can tell, PS Plus Deluxe offers better competition to Xbox Game Pass, which offers games from OG Xbox and Xbox 360 too.

The competition is arguably even stronger if you’re in a market that has PlayStation Now, Sony’s cloud streaming game subscription service. PS Now is being merged into PS Plus Premium, the equivalent to PS Plus Deluxe in territories with cloud streaming support. That allows PS Plus Premium to offer a bunch of games from the PS3 era, which otherwise cannot run on modern-day PlayStation consoles.

Naturally, there’s a cost to these upgrades. PS Plus Deluxe comes in at Rs. 849 per month, Rs. 2,299 for three months, and Rs. 5,749 annually. The yearly subscription affords 77 percent savings over the monthly variant, and 60 percent over the quarterly option.

Now that we have gone through all three — or rather, four — new PS Plus tiers, it’s time to condense that into an easily read-through table. Here’s a direct comparison of PS Plus Essential, PS Plus Extra, and PS Plus Deluxe pricing in India.

Which PlayStation Plus tier is best for India?

Ah, yes. The question we set out to answer. Unfortunately, unlike the service it’s trying to compete with, picking between the three new PS Plus tiers isn’t an easy, straightforward task. (With Xbox Game Pass, the big question is, “Do you play online?”) Though it’s definitely easier in India, than in countries where PS Plus Premium is the most expensive tier. Allow me to explain.

If playing online is the only thing you care about, then I’m not sure how you got this deep into the article. Let me put it on a platter for you. Stick with PS Plus Essential, which is exactly what you had with PS Plus. No new features, no change to cost. (For the best pricing, wait for the traditional “Black Friday” sales that offer big discounts on PS Plus.) There you go, that’s your answer. Have a great year.

Now, on the other hand, if you’re interested in the Game Pass-style features that PS Plus Extra and PS Plus Deluxe offer, that is where it gets interesting. The cost difference between Essential and Extra/Deluxe is stark, as you can tell from the table below. If you pay quarterly or annually, PS Plus Deluxe is nearly 92 percent more than PS Plus Essential.

At the same time, the difference between PS Plus Extra and PS Plus Deluxe is minimal. On a month-to-month basis, Deluxe is about 13.3 percent more expensive than Extra. When you move to the quarterly or annual plans, you will need to pay about 15 percent more. Of course, if you plan to subscribe for the long term, you shouldn’t be considering monthly plans given the cost savings I brought up before — with the yearly option saving you between 77–80 percent on Extra/Deluxe.

For that 15 percent more, PS Plus Deluxe gives you access to limited game trials and classic games catalogue — PS1, PS2, and PSP — over PS Plus Extra. It may not seem like much, but if you are going to pay Rs. 4,999 (PS Plus Extra annually) for a game subscription service, my argument is that you should fork over Rs. 750 extra and just get PS Plus Premium (Rs. 5,749 annually). The difference is too minimal to lose out on the other benefits.

Of course, my guidance could change if Sony were, to say, to offer discounts on PS Plus Extra plans, and leave PS Plus Deluxe alone. But for now, PS Plus Deluxe and Extra are too close to each other to recommend the middle tier. In fact, this serves as an indictment of Sony’s three-tier model itself.

The multi-tier approach feels like a relic borne out of Sony’s previous subscription models, where PlayStation Plus and PlayStation Now had nothing to do with each other. Those two offerings had their own separate revenue streams, and it seems like Sony is trying to soften the (financial) blow as they are brought together. It may have put internal business demands first, rather than think of its consumers.