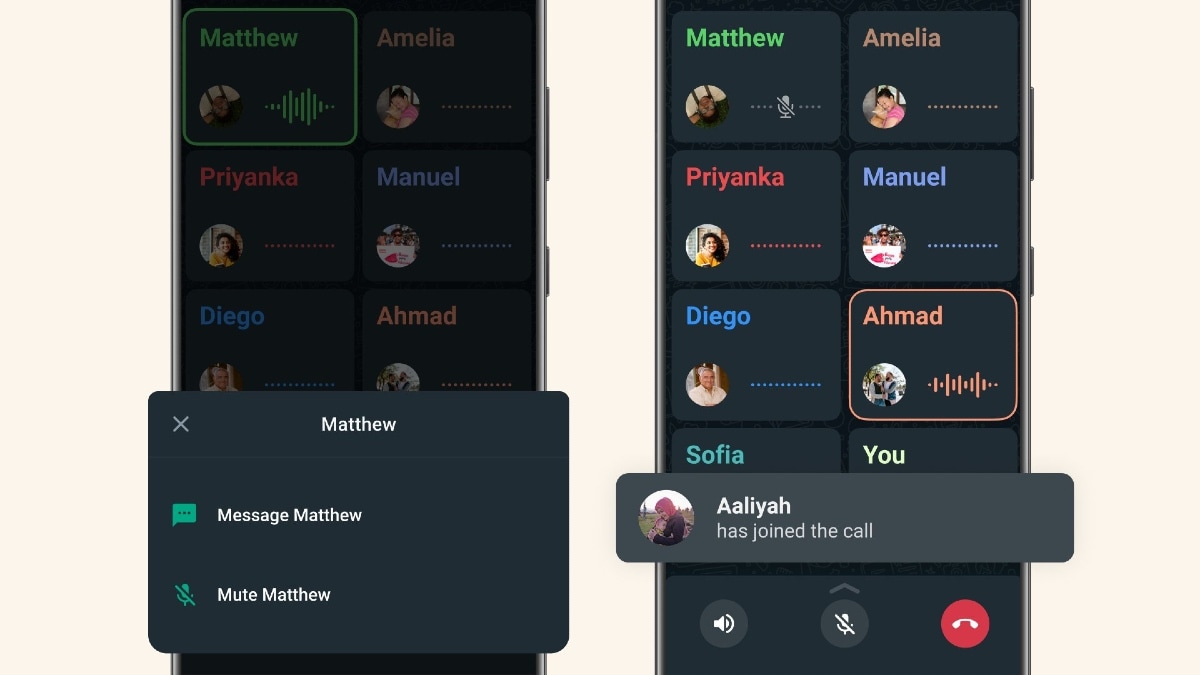 WhatsApp has updated its group voice calls experience on both Android and iOS. The update brings features to let users mute any other participants or message one of them while staying active on the call. The new update comes just days after WhatsApp expanded group voice calls to up to 32 people from the earlier eight-participant limit. The instant messaging app introduced a new interface to support the expanded list of participants in group voice calls.

On Friday, WhatsApp announced the release of its updated group voice calls experience that brings the ability to let users mute other participants. The update also introduces the option to let users message a specific participant while on the call.

To get the option to mute or message a participant on the call, you need to press and hold the name card of that participant. A pop-up menu will appear with the given options.

The ability to mute someone on call is particularly helpful in case someone forgets to mute themselves. However, it could also be misused to intentionally make a participant silent during a call. The participant, though, can unmute themselves at any point of time by hitting the Unmute button.

WhatsApp confirmed to Gadgets 360 that the update is rolled out to all users. We were also able to see the changes on the latest versions of both WhatsApp for Android and iOS.

You can get the latest version of WhatsApp on your phone by going to Google Play or the App Store, depending on the device you have.

Mark Zuckerberg envisions a billion people in the metaverse spending hundreds of dollars each
WhatsApp for iPhone May Get Ability to React to Messages With Any Emoji in the Future
IPod Inventor Tony Fadell: ‘M1 Macs Are Absolute Innovation’
Apple Reportedly Decides Not to Challenge Vote in Favour of Unionisation, to Participate in Bargaining Process
HP Omen 16 (2022), Omen 17 (2022), Victus 15 (2022), Victus 16 (2022) Gaming Laptops Launched in India