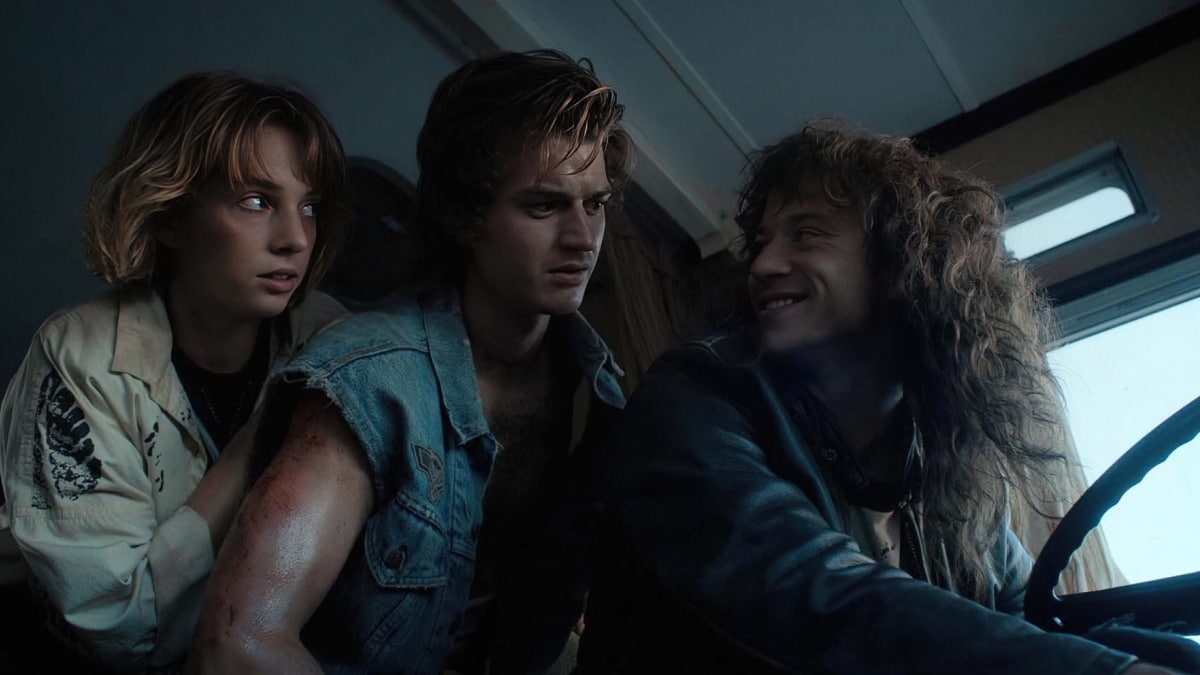 Stranger Things 4 Volume 2 first look photos are out. On Tuesday, Netflix shared eight images from the final two episodes of the popular sci-fi horror series’ fourth and penultimate season. They feature the popular character Eleven (Millie Bobby Brown), who is seen alongside her former handler Dr. Martin Brenner (Matthew Modine). Her intense expressions indicate that she means business. We also see her in the NINA project uniform. The other photos are equally compelling, and suggest that Stranger Things 4 Volume 2 will be intense and action-packed.

The finale to Stranger Things 4 features two episodes, titled “Papa” and “The Piggyback”, with a combined runtime of nearly four hours. This means they are longer than the Ryan Reynolds movies Free Guy and The Adam Project, which had runtimes of 115 minutes and 106 minutes, respectively.

Stranger Things 4 Review: Too Big for Its Own Good

That said, not a lot is known about the Stranger Things 4 Volume 2 plot barring the fact that it will lay the groundwork for the already-confirmed fifth and final season. We can also expect it to be a violent and dark affair, as Brown had previously hinted at this with her ‘killing people off’ comment.

The seven-episode Stranger Things 4 Volume 1, meanwhile, has amassed 781.04 million hours of viewing time in the 17 days since its debut on May 27 to deliver Netflix its most-watched English-language series. It outperformed the previous record holder Bridgerton season 2, which had a total viewing time of 656 million in its first 28 days.

Stranger Things 4 Volume 1 had previously registered the best opening weekend numbers for an English-language Netflix series, as it was viewed for 287 million hours between May 23 and May 30. The critical response has been largely positive, though we took a much dimmer view of the series, as we felt it didn’t live up to the standards set by the previous instalments.

The two-part Stranger Things 4 Volume 2 is out July 1 on Netflix.

The Hawkins Gang is back on Stranger Things 4 Volume 2
Photo Credit: Netflix