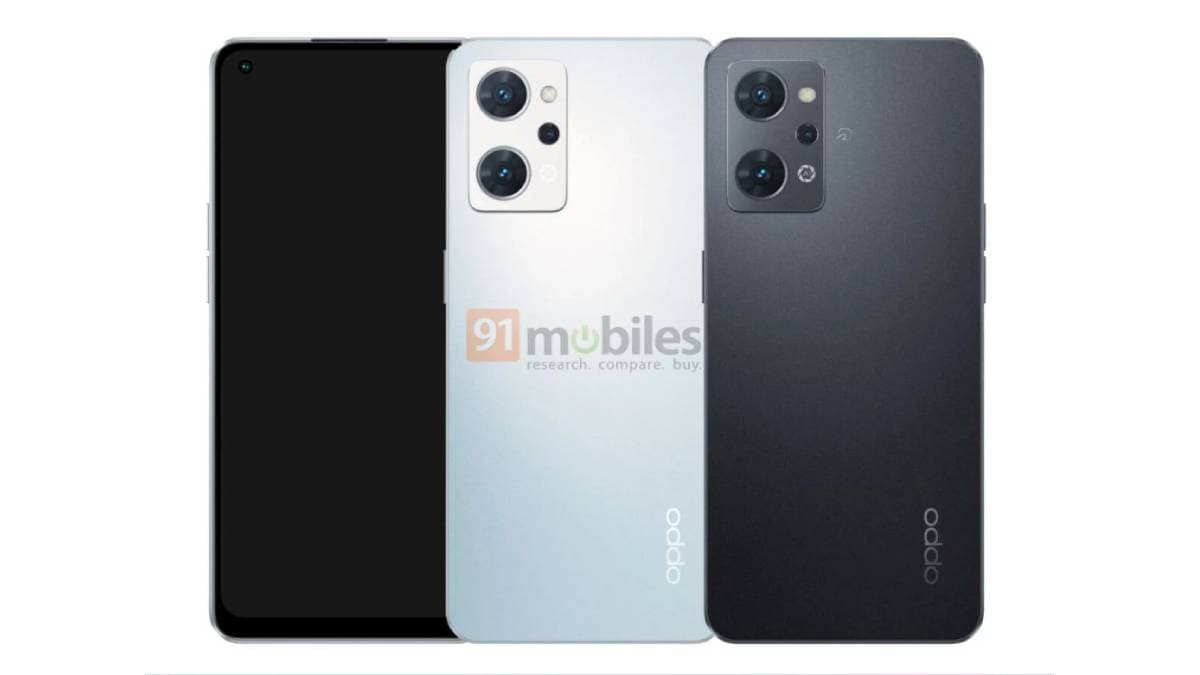 Oppo Reno 7A may be in development, if a new report by an established tipster sharing purported renders of the upcoming smartphone is to be believed. The renders include its design and colour variants. The Oppo Reno 7A reportedly will sport a punch-hole display on the front. The handset is also said to feature a power key on the right and volume up and down buttons on the left edge. On the other hand, most recently, the company has launched the Oppo Reno 8 series in China.

According to the latest report by tipster Evan Blass aka @evleaks in collaboration with 91Mobiles, the alleged Oppo Reno 7A packs a triple rear camera unit with an LED flash. The Oppo Reno 7A reportedly also sports a hole-punch display on the front, as mentioned above. And the underdevelopment smartphone can also be seen featuring a power key on the right side of its body. The handset is also said to be equipped with an in-display fingerprint scanner, as per the report.

Moreover, the Oppo Reno 7A appears to be available in Black and White colour variants. On the other hand, Blass does not reveal any of the specifications of the underdevelopment smartphone, but it claims that it could make its way to the market probably by the end of this month.

Besides this, Oppo is currently gearing up to launch the Reno 8Z 5G soon, if another report is to be believed. The smartphone is said to get a 4,500mAh battery with 33W charging support. It is said to be offered with two colour and three storage options.

Affiliate links may be automatically generated – see our ethics statement for details.