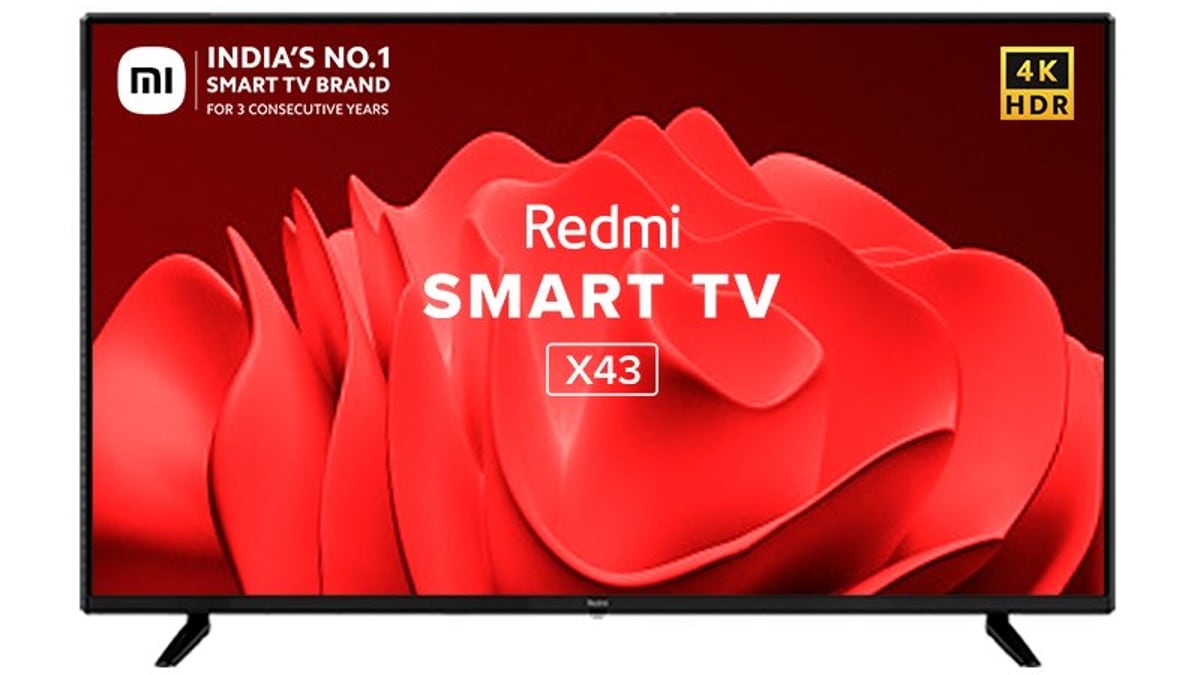 India’s smart TV shipments are up 33 percent YoY in Q1 2022 with Xiaomi leading the market, according to Counterpoint Research. Xiaomi has 14.3 percent of the market share while Samsung has 13.1 percent share, thus taking the second position. LG, OnePlus, and Sony are in the third, fourth, and fifth positions respectively. The Rs. 10,000- Rs. 20,000 price band captured over 40 percent share in the overall TV market. The market share of TVs with 43-inch and above screens are also seeing an increase as people are shifting to bigger screens. The research also mentioned that India’s smart TV market is mostly offline driven.

As per the latest research from Counterpoint’s IoT service, the smart TV share in India’s overall market has grown 33 percent YoY in the first quarter of 2022 to reach its highest ever at 89 percent. As mentioned earlier, Xiaomi has the biggest market share in Q1 2022 with 14.3 percent, closely followed by Samsung at 13.1 percent. The Redmi Smart TV X43, which was launched earlier this year contributed to 7 percent of Xiaomi’s total sales.

The research also indicated that Realme was one of the most sought after brands in the under Rs. 20,000 price segment. The smart TV shipments of TCL also increased around 58 percent YoY.

The Counterpoint research said that the increased preference for smart TVs combined with growth of sales in online channels are the major drivers of growth. Affordables prices along with new launches from leading brands clubbed with discounts and promotions also helped in boosting sales.

Talking about the price range of smart TVs in the Indian market, Counterpoint research analyst Akash Jatwala said, “The contribution of the premium TV segment (>INR 30,000) grew 68.6 percent YoY from 23.5 percent in Q1 2021 to 33.6 percent in Q1 2022 as brands are launching more products in the segment with enhanced features such as Dolby Support, better speakers, OLED/QLED display and bigger screen sizes. Due to this, the average selling price increased 10.8 percent YoY in Q1 2022.”

The research also pointed out that share of smaller brands like BPL, Haier, Toshiba, and Sansui rose during the first quarter. India’s smart TV market was also shown to be mostly offline driven with 69 percent of the shipments happening through offline channels. The Rs. 10,000- Rs. 20,000 price band captured over 40 percent share in the overall TV market. The market share of TVs with 43-inch and above screens also saw an increase as people are shifting to bigger screens.