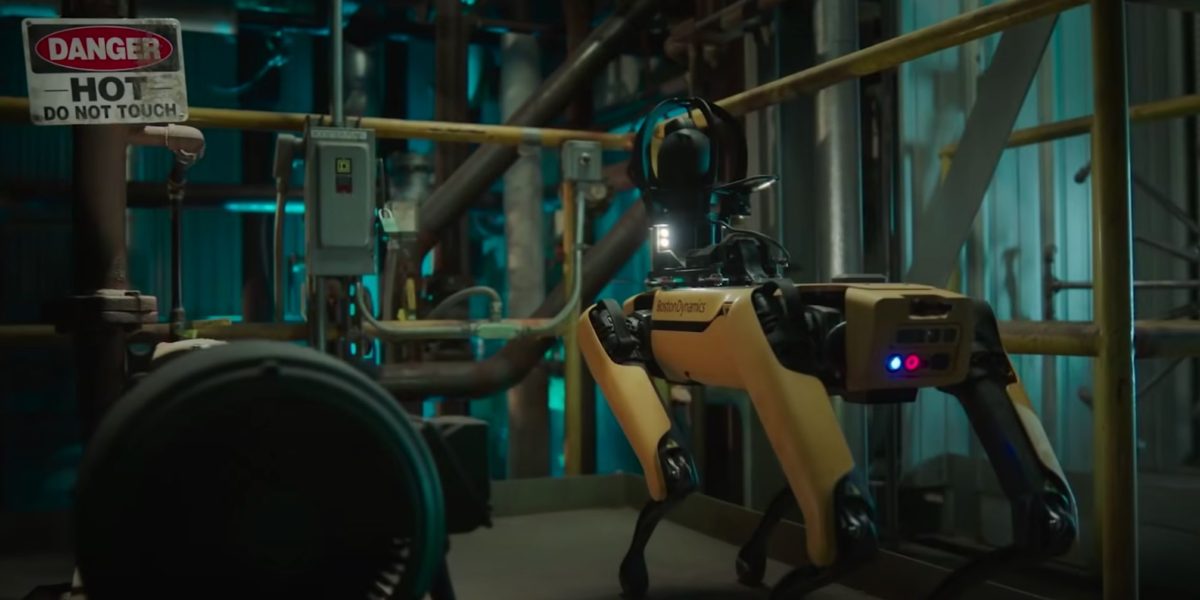 Boston Dynamics has just released the latest update for its famous quadruped robot Spot, giving it better capability to make inspections and collect data without the need for human intervention.

Unlike many other Boston Dynamics announcements, this one is not accompanied by a flashy video. But it could have a huge impact on Spot’s position in the industrial mobile robot market, where it can reduce the costs of IoT instrumentation and the risks of exposing human operators to environmental hazards.

One of the main features of Spot is Autowalk, a system that enables the robot to record and repeat paths. An operator takes the robot through the path using the remote controller interface. The robot memorizes the path and can repeat when commanded to do so. Autowalk can be used for inspection missions in industrial facilities, mines, factories, and construction sites.

The new update improves Autowalk, reducing the need for human guidance and intervention. Robot operators can now edit Autowalk missions and add actions such as capturing images, reading indicators, or run third-party code. Spot also has been given better planning capabilities and can find the best path to perform target actions. Its pathfinding capacity has also been improved to adapt to changes in its inspection paths such as new obstacles. And it can be scheduled to carry out scheduled inspections without human supervision during off-hours.

Boston Dynamics has also improved Spot’s data collection and processing capabilities, including the ability to take images from the same angle during Autowalk cycles and to have them processed by deep learning models running on the device or in the cloud.

Spot has been designed to facilitate the challenges of remote inspection by handling different terrain, slopes, and obstacles. The new update is aimed at making Spot more autonomous and less reliant on human assistance.

Another big feature of the new update is improved compatibility with cloud services from Microsoft, Amazon, and IBM. Spot’s sensing capabilities can be an alternative to manual data logging or IoT instrumentation, the installation of smart sensors on old infrastructure.

This feature makes it possible to automatically integrate data collected during Spot’s Autowalk into a broader data-based workflow of companies. The data can be combined with other sources of information and processed with analytics and machine learning tools for tasks such as tracking trends, detecting anomalies, and triggering warnings.

Is Spot worth its price?

Spot is expensive. The Explorer model costs $74,500. The Enterprise model, which is more suited for industrial settings, is more expensive, though the price is not listed on the company’s website. When used in industrial settings, it needs to be equipped with extra props such as the 360-degree inspection camera ($29,750), a lidar sensor ($18,450), or a GPU processor for on-device deep learning inference ($24,500).

Quadruped robots are not the only game in town. Industrial drones can perform many of the inspection tasks that Spot and other similar robots are doing. But drones are limited by battery life and weight. They cannot be equipped with heavy equipment such as high-fidelity lidars and power-hungry GPUs.

Spot’s evolution in the past two years has made it an optimal choice for settings where the environment is too dangerous to send human operators and where internet connectivity is choppy or non-present and you need a robot that can carry out tasks at a highly autonomous level. Interestingly, two recent videos on Boston Dynamics’ YouTube channel show Spot being used in mines, which have those exact characteristics.

Spot can sport heavy data-collection and -processing equipment and once it has been programmed to carry out an Autowalk routine, it can repeat it with little or no human intervention. The Enterprise model also supports a self-charging dock (price not listed), which obviates the need to manually recharge the robot in-between inspection routines.

And the new update will improve Spot’s autonomy in rough environments.

Given the high costs of IoT instrumentation and the risks of sending human inspectors in dangerous industrial settings, Spot might be worth its insane price. In product management lingo, Spot seems to have reached “product/market fit,” which means it is solving the problems of a specific market in ways that are superior to its alternatives. This is a positive development for Boston Dynamics, which has been trying to create a viable business model around its extremely expensive research. And the new update is enabling Boston Dynamics to amplify Spot’s value and possibly expand its market.

So, while Spot will continue to be featured in YouTube videos with Atlas and other Boston Dynamics robots, its real job will be to roam in obscure places that humans can’t or won’t go.

Ben Dickson is a software engineer and the founder of TechTalks. He writes about technology, business, and politics.