Microsoft today announced that it acquired Clipchamp, an in-browser video creation startup based in Brisbane, Australia. While the terms of the deal weren’t disclosed, Chris Pratley, CVP of Microsoft’s office media group, said that the purchase would enable Microsoft to incorporate Clipchamp’s technology with Windows as well as product offerings available through Microsoft 365.

“Small business owners, marketers, influencers, students, educators, families, and information workers of all types need the capability to make great videos with minimal effort. Whether it’s a 10-second social media ad, a 2-minute pitch for a product, or a 20-minute instructional video, Clipchamp and Microsoft will provide the tools and experience you need,” Pratley wrote in a blog post. “If you are already a Clipchamp user, it’s all going to get better with more options, more power, and the easy creation experience you love.” 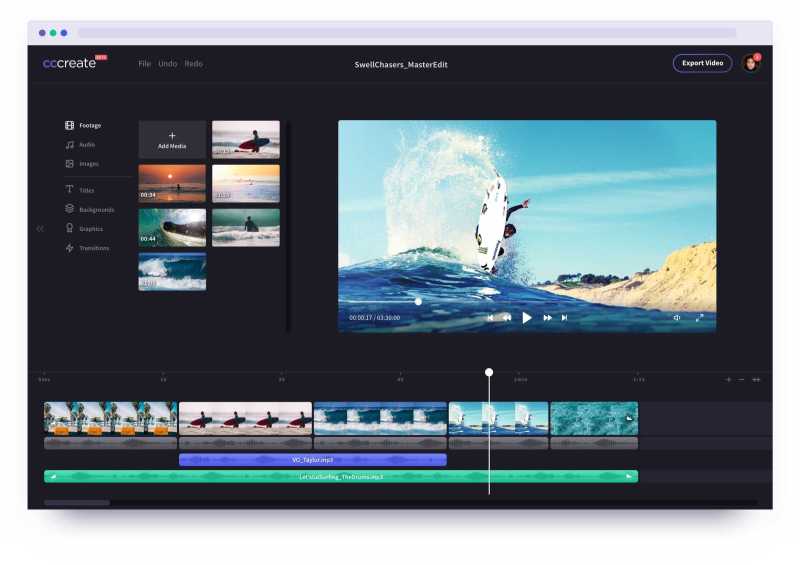 Clipchamp, which had raised $15.3 million in venture capital prior to the acquisition, counts Zendesk and 5 of the top 10 Fortune 500 companies among its business users. Ahead of Clipchamp’s launch on the Microsoft Store in July, the company revealed that it had 17 million registered users on its platform across more than 390,000 companies — a 54% year-over-year increase.

“Clipchamp has had explosive growth, nearly tripling our team in the past year. We are acquiring two times more users on average than we did at the same time a year ago while also doubling the usage rate, meaning more users are creating video content than ever before,” Dreiling, who serves as CEO, said in a statement. “While social media videos have always been at the forefront of business needs, during the past year we’ve also witnessed the rapid adoption of internal communication use cases where there is a lot of screen and webcam recording taking place in our platform. The need for video templates has also accelerated … because they allow users with limited video editing skills and time to create a professional-grade video within minutes.”

Microsoft’s dabbles in video editing software began with Movie Maker, which was included with Windows Me in September 2020. After nearly two decades, Movie Maker was discontinued in favor of Video Editor, formerly Microsoft Story Remix, which is built in with Microsoft Photos on Windows 10.

Genetic Evidence of Typhoid and Plague Causing Pathogens Found in DNA of Ancient Civilisations
Amazon to acquire maker of Roomba vacuums for roughly $1.7 billion
Elon Musk’s Response to Twitter’s Lawsuit to Be Made Public by Friday
Bankrupt crypto lending platform Celsius is trying to hire its CFO back at $92,000 a month, filings say
CISA Adds Zimbra Email Vulnerability to its Exploited Vulnerabilities Catalog