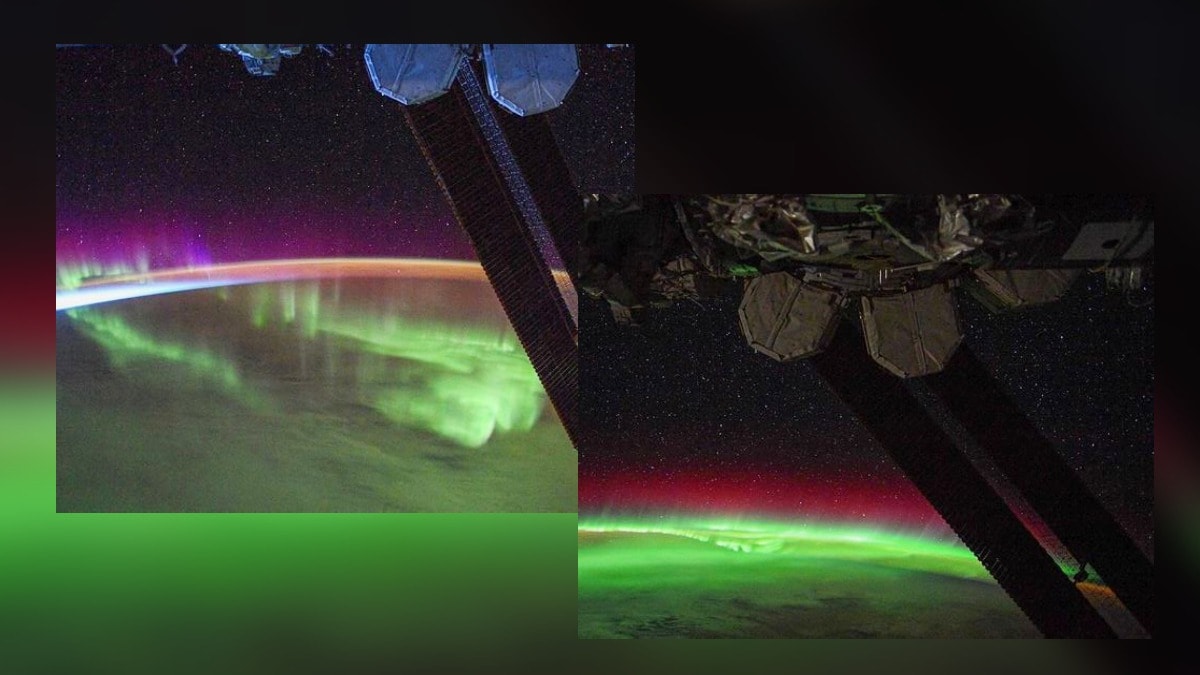 European Space Agency (ESA) has shared on Instagram a series of images of the Earth’s aurora lights. The photos in question capture the stunning phenomenon while it lent hues of red and green to the sky. This occurs when there are disturbances in the magnetosphere of the Earth. These disturbances are caused by the solar wind and they manifest in the form of a glow or a realm of light around the horizon.

The images shared by the ESA were captured by French astronaut Thomas Pesquet from the International Space Station (ISS).

Sharing the image on its Instagram feed, ESA wrote, “This set of images showing Earth’s aurora captured by @thom_astro from the @iss is so stunning is so stunning, we can’t decide which picture is our favourite.”

“When Thomas shared them, he said: ‘Space weather is actually a real thing! Amongst others, ESA can predict when aurora are more likely to occur. Space weather is important as it predicts solar events and their effects on satellite orbits and space operations. Just like with normal weather we cannot change it, but we can prepare for outbursts of space weather’,” the space agency added.

The ESA also sought its followers on Instagram to choose the image that was their favourite and added “we’ll share the image with the most votes in our next story for you to take a screenshot and use it as your new phone wallpaper.”

Reacting to the image, one user by the name Optique Video said, “That’s insane.”

The southern polar lights are best viewed from Antarctica. However, they can also be glimpsed from other southern areas such as Australia, New Zealand, as well as parts of Chile and Argentina. The northern lights, on the other hand, can be viewed from Alaska, Canada, Finland, Greenland, Iceland, Norway, and Sweden.

Are the Galaxy Z Fold 3 and Z Flip 3 still made for enthusiasts — or are they good enough for everyone? We discussed this on Orbital, the Gadgets 360 podcast. Orbital is available on Apple Podcasts, Google Podcasts, Spotify, Amazon Music and wherever you get your podcasts.
This article was originally published by Ndtv.com. Read the original article here.