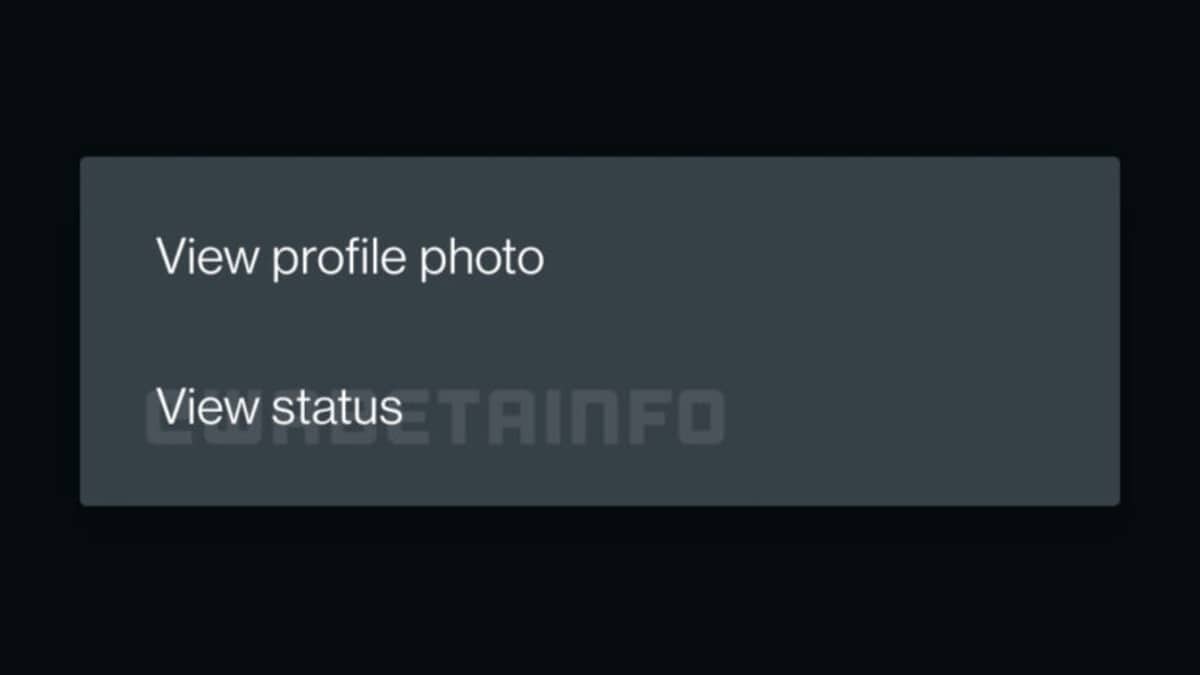 WhatsApp is reportedly working on a new option that will allow users to view status updates of their contacts via their profile pictures. Currently, there is a separate tab inside the WhatsApp app where you can view status updates. The ability to view the status of a user is likely to be expanded to the chats section now, wherein users will be able to tap on the profile picture and get the option to view the contact’s status. This feature is still under development and cannot be seen even if users are on the latest WhatsApp beta.

Tracker of WhatsApp features WABetaInfo reports that this new feature is under development. It was reportedly spotted in the code of the latest WhatsApp for Android beta version 2.21.17.5. When a user taps the profile picture of a contact, WhatsApp will present an option box asking if they want to view the status update or the profile picture. Users can choose the status update option to view the status of that specific user. This is very similar to what Twitter introduced with Twitter Fleets.

There is no clarity on when this feature will roll out for WhatsApp users. It is still under development and hasn’t been released for public beta testing yet. This means that even if users are on the latest beta, they will not be able to see this feature yet.

Recently, WhatsApp unveiled a new feature to allow users to finally transfer their chat history between iOS and Android phones. WhatsApp made the announcement at Samsung’s Galaxy Unpacked event. Currently, users will only be able to use the feature to migrate their chat history from iPhones to Samsung phones, starting with the new foldables. However, the company has said the feature will be available for both iOS and Android users and will allow transferring data in both directions soon.

Venom: Let There Be Carnage Release Date Delayed, Again, to October 15 Due to COVID-19