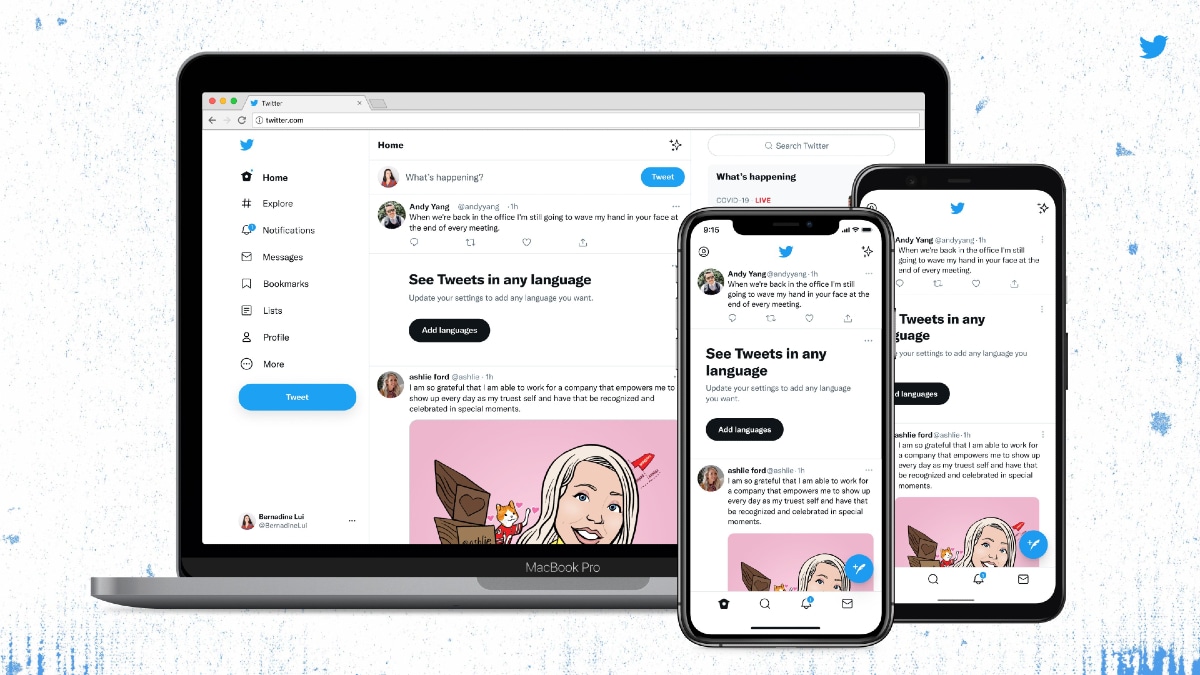 Twitter is rolling out several changes to its Web and phone apps to make it look less cluttered and simple to use. The design changes are aimed to make Twitter “more accessible, unique, and focussed” for users and what they are talking about. The changes include the addition of a new font called Chirp. This font family was introduced in January and is a mix of American Gothic and European Grotesque styles. It integrates specific handmade quirks of early woodcut specimens.

The social media platform from its Twitter Design official account announced the design changes on its Web, Android, and iOS platforms. The interface colours have been updated to offer high contrast and a lot less blue. This change is made to draw more attention to photos and videos shared on the platform. Twitter says that it is also looking to offer users new palette options, bringing new colour options soon.

In addition, Twitter is also introducing new buttons with high contrast to make the “most important actions” stand out. Changes have been made to the ‘Follow’ button as well. It is now black in colour and it helps you see what actions you’ve taken at a glance. The visual clutter has been cleaned up to make the text easier to read and make media stand out. Twitter has reduced grey background areas and removed unnecessary divider lines. It also increased space between texts for easier reading.

The Chirp font is also rolling for all users on the Web, Android, and iOS apps. Earlier, Twitter relied on fonts like SF Pro, Roboto, and Helvetica Neue for its platforms. Chirp is Twitter’s first-ever proprietary typeface and it aims to be sharp and legible (with good density), but with personality and distinctiveness. The font was developed in collaboration with Grilli Type Foundry from Switzerland.