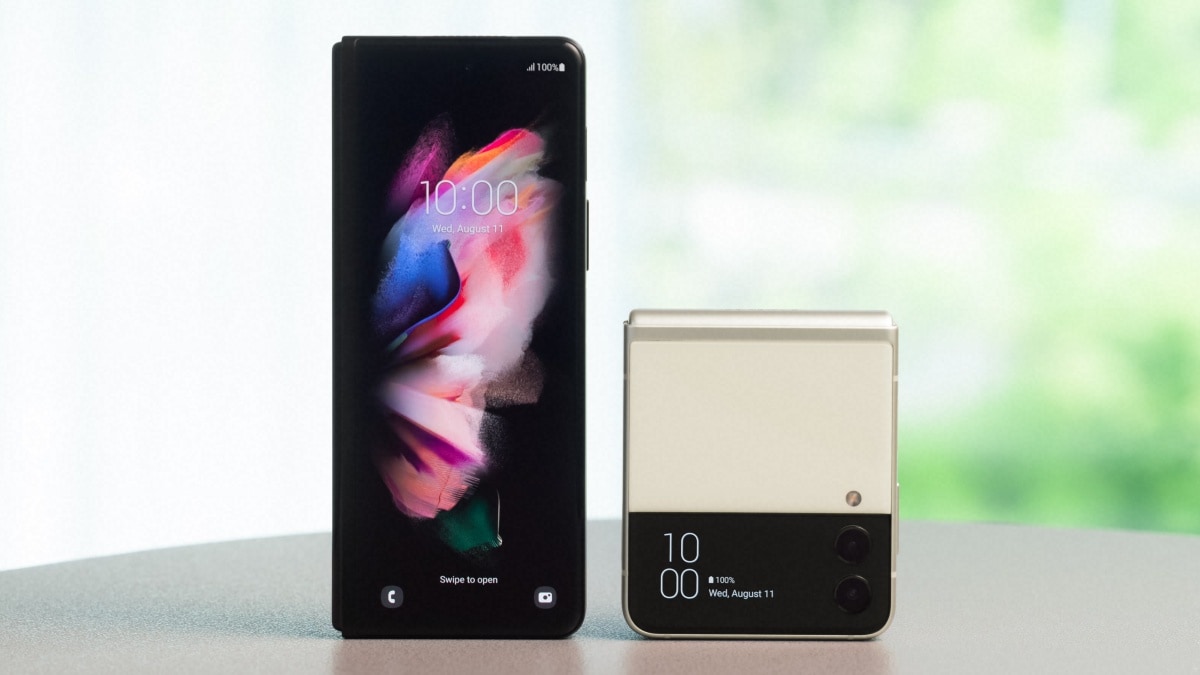 Microsoft announced the expansion of its partnership with Samsung through a blog post published following the Galaxy Unpacked event. The Redmond company said that the Samsung Galaxy Z Fold 3 and Galaxy Z Flip 3 will get new experiences on Microsoft Office, Teams, and Outlook.

For instance, Microsoft said that when a user simultaneously uses Microsoft Office and Teams on a Galaxy foldable phone, they will see a presentation in full-screen detail, along with faces of their co-workers on a Teams call underneath when they unfold the device.

The company also said that on a virtual call using Microsoft Teams, users will be able to pull up the Whiteboard and draw on the board using an S Pen. There will also be a dual-pane mode on Microsoft Outlook for Galaxy devices to let users read a full email while previewing others on one side — similar to what you could do on a desktop.

“With the Multi-Active window, you can run multiple apps at the same time,” said Patrick Chomet, executive vice president, head of Mobile Products & Experiences at Samsung. “For example, you can open Microsoft Excel and PowerPoint and easily drag and drop a table right into your presentation. Now, you can even run two instances of the same app.”

Samsung and Microsoft have been in partnership for quite some time. The companies initially enabled Galaxy S8 users to access Windows apps using its DeX technology. The partnership also got broadened in the last few years, and the last announcement came during the Galaxy Note 20-series launch last year, when the Galaxy Note 20 and Galaxy Note 20 Ultra both received the ability to run Android apps on Windows 10 desktops.

In addition to expanding its partnership with Microsoft, Samsung has retained its collaboration with Thom Browne and announced specially-designed editions of the Galaxy Z Fold 3, Galaxy Z Flip 3, and Galaxy Watch 4 Classic. The Thom Browne Edition devices come with silver hinges and a matte white finish, along with two parallel lines in the iconic Thom Browne red and gray colours. The company has also bundled leather accessories with the limited-edition models.

Specifically with the Galaxy Watch 4 Classic Thom Browne Edition, customers will get two wrist straps and one of them will be of leather.

There will also be preloaded Thom Browne themes, icons, and watchfaces for customers picking the special-edition devices.

Pricing details about the Galaxy Z Fold 3, Galaxy Z Flip 3, and the Galaxy Watch 4 Classic Thom Browne Edition models are yet to be revealed. However, Samsung has started taking their pre-orders in select markets with limited quantities.

Samsung is shipping the Thom Browne Edition devices with a charger in the box. But this isn’t the case with the regular Galaxy Z Fold 3 and Galaxy Z Flip 3 as they don’t come with an in-box charger — at least in markets including the US. The company has listed the phones with only a USB Type-C cable in the US and some other early markets.

However, this isn’t the case in China as Samsung has listed the Galaxy Z Fold 3 and Galaxy Z Flip 3 on its local Chinese site with a USB charger. A tipster who goes by pseudonym @Chunvn8888 on Twitter has reported that the charger shipped with the Galaxy Z Fold 3 is a 25W adapter. The Galaxy Z Flip 3, on the other hand, is said to be listed in China with a 15W adapter. This suggests that Chinese customers would not be required to purchase a separate charger with the new foldable phones to get maximum charging.

Samsung Galaxy Z Fold 3 along with in-box accessories in China (left) and the US (right)
Photo Credit: Samsung

It is currently unclear whether Samsung will bundle the charger with the Galaxy Z Fold 3 and Galaxy Z Flip 3 in India.

Earlier this year, Samsung ditched the charger from the retail box of the Galaxy S21 models. That was a step that the South Korean company took, months after Apple did not bundle a charger with its iPhone 12 series over environmental concerns — and, of course, to help manage some cost. Samsung also reportedly mentioned in a Q&A that it would be gradually removing accessories from its phone in-box packaging to help make them more sustainable.