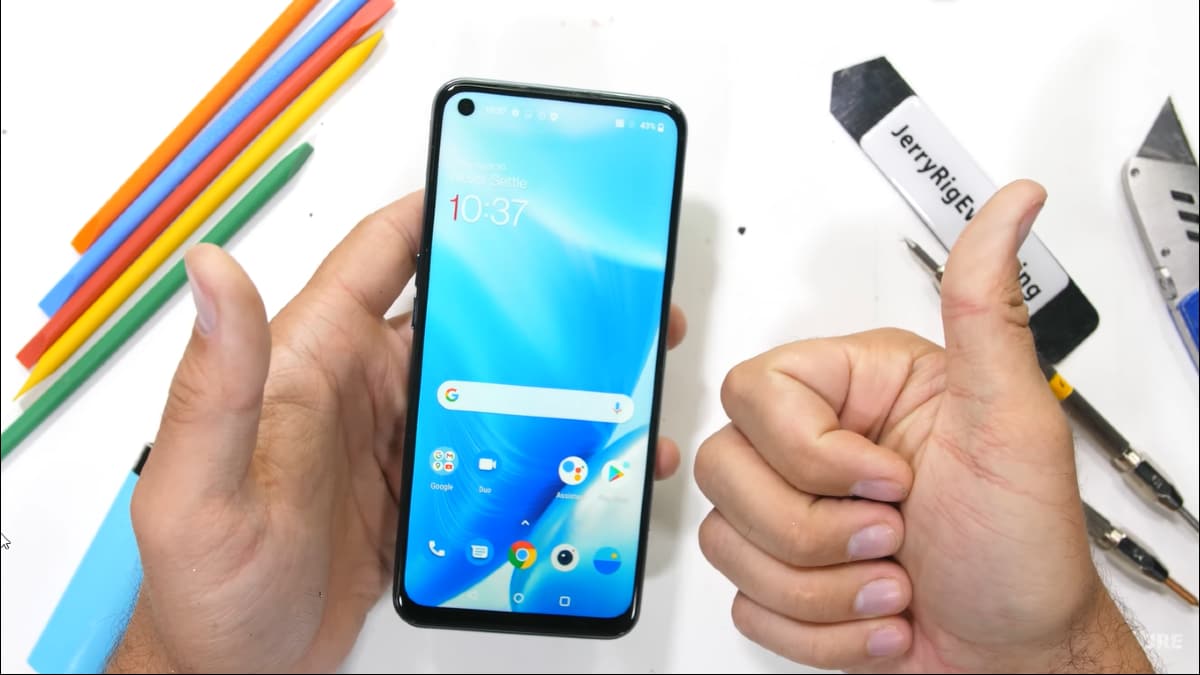 OnePlus Nord N200 5G was launched in June this year as a budget offering. The company introduced the Nord range last year to shift its focus from the premium segment and branch out into other price segments as well. The new OnePlus phone is currently limited to the US and Canada markets. The OnePlus Nord N200 5G has now been subjected to a durability test, and it seems to survive most of the scares, including the fire test and the dreaded bend test.

YouTuber JerryRigEverything puts the OnePlus Nord N200 5G through a series of tortures, beginning first with the scratch testing. It starts to show scratches from level 6, with deeper grooves seen at level 7. This confirms that OnePlus has opted for a glass display and not a plastic one. The frame, the buttons, and the back panel are all made of plastic, causing it to scratch rather easily.

OnePlus Nord N200 5G survived the fire test as well. A certain portion of the display where the flame was exposed, did go black after prolonged exposure, but it recovered fully after a few seconds. The phone also survives the bend test without any cracks in the screen or lasting damage to the frame. Overall, barring the easy scratching, the OnePlus Nord N200 5G passes the durability test with ease. This is a surprise given that several premium flagships fail the durability test miserably.

For instance, the Asus ROG Phone 5 failed miserably in these tests and broke under hand pressure. However, the OnePlus flagship – OnePlus 9 Pro – survived all of JerryRigEverything’s durability tests with ease. The phone did not break or lose its shape when it was manually bent. It also did not malfunction under direct flame from a lighter.